Vision of the College

Mission of the College

The motto of the College is ‘Fide et Labore’ (‘Faith and Toil’), which serves as an inspiration behind the vision and mission of the college to give shape to a society full of all-inclusive minds to cater to the inherent diversity of our country. From the beginning, the College has been striving to be a state of the art institution for commerce education. The thrust has been on transforming commerce a multi-dimensional academic field. Currently it enjoys an A++ grade with the National Assessment and Accreditation Council (NAAC). The college has been proactive to the significant changes and developments in the domain of higher education as well as business and commerce.

The ‘Mission’ is derived from the Vision and is the raison d’etre of the College.
St. Joseph’s College of Commerce seeks to be the place where search for knowledge complements a sense of responsibility to the life of the community, where understanding is coupled with commitment, and where academic excellence goes with the cultivation of virtue.
The College seeks to be a place which sustains women and men in their pursuit of education and fostering their conviction that life is only lived well when it is lived generously in the service of others. 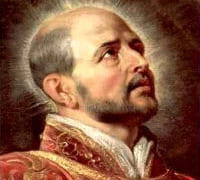 Jesuit Education, inspired and motivated by the eventful life of Jesus Christ affirms that;
• God is the author and sustainer of all reality and truth.
• Every human being is created in the image and likeness of God.
• Everyone is essentially an embodiment of divine virtues.

Jesuit institutions are therefore, committed to;
• An authentic search for knowledge in the service and advancement of the world.
• Uphold the dignity, uniqueness and opinions of each and every member.
• The promotion of harmony between man and man and man and nature. 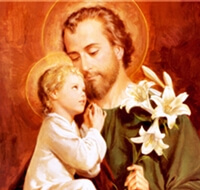 Since its inception, the college has shown growth and progress in academics, co-curricular and extra-curricular activities.

1898: The school shifted its premises from the site which now houses St. Germain’s High School, to Museum Road.

1937: The management of the College was handed over to the Jesuits, a worldwide Religious Order going by the name 'Society of Jesus'. The College is now managed by the Bangalore Jesuit Educational Society (Regd).

1949: The Department of Commerce was started in a separate block at St. Joseph’s College on Langford Road.

1968: St Joseph's College of Business Administration was started to offer One Year Diploma Courses in a variety of Management subjects.

1996: SJCBA started offering Two Year Full Time Post Graduate Diploma in Management (PGDM) with recognition from All India Council for Technical Education (AICTE), Government of India. By an Order of the Government of Karnataka, the Pre-University sections from both St. Joseph's College of Arts & Science and St Joseph's College of Commerce merged and became St Joseph's Pre-University College.

St. Joseph's College of Commerce has always been successful in its effort to maintain the unique identity as a flexible intellectual platform for learning, unlearning and relearning, with state of the art amenities. With a history of over 144 years and a fine blend of tradition and modernity the College also enjoys impeccable reputation for imparting Value Based Education. The Jesuit way of empathetic formation ensures that every student outgoing student carries the unique Josephite stamp of ‘Faith and Toil’.