Kempegowda award for the contribution in education by BBMP, Bangalore. 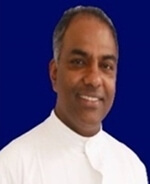